If you are facing mischief charges in Toronto, you should hire a criminal lawyer to defend you. Hiring someone well-versed in criminal law can help you when negotiating a favourable outcome, such as having the charges dismissed or obtaining a discharge, allowing you to prevent a permanent criminal record.

Kahlon Law has years of experience in handling mischief cases. Give us a call today to book a consultation!

What Is a Criminal Mischief Conviction, according to the Criminal Code? 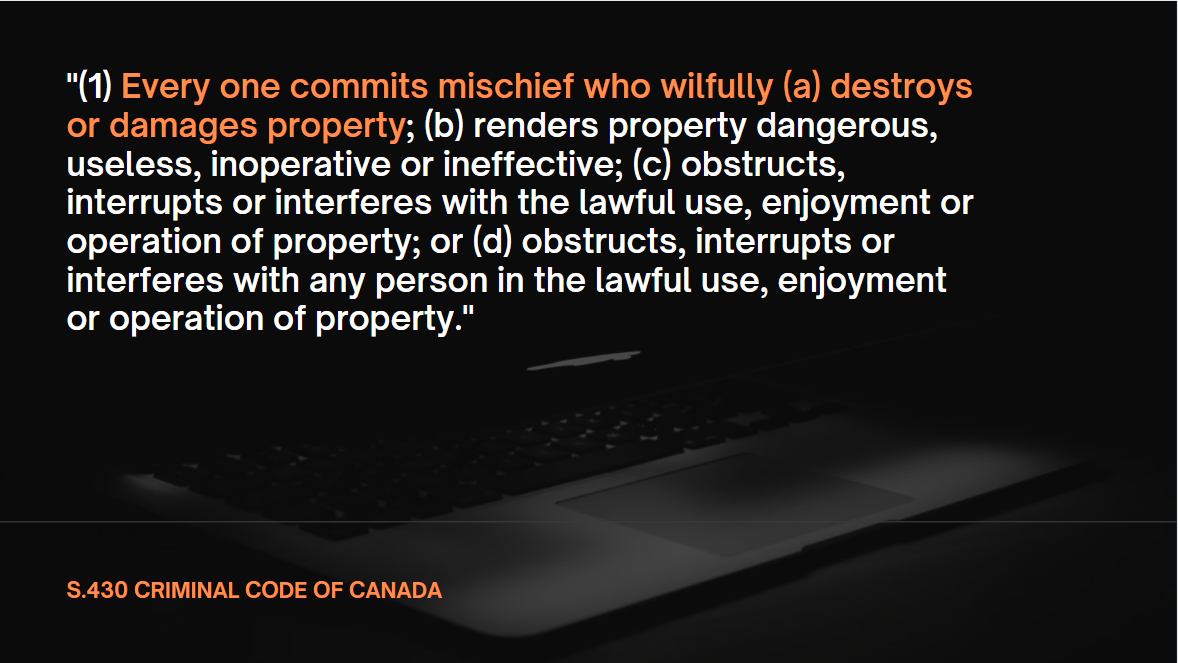 According to section 430 of the Criminal Code of Canada, mischief is when a person alters or destroys property or renders property dangerous, useless, inoperative, or ineffective.

Mischief also applies when a person obstructs, interrupts, or interferes with the lawful use of property or the obstruction of any person’s use of their own property.

The most common types of mischief include slashing someone’s tires, spray painting a building, and breaking someone’s window. If the Crown Attorney’s office is to charge you with mischief, it must be able to prove without a reasonable doubt that you are responsible for damaging another person’s property. 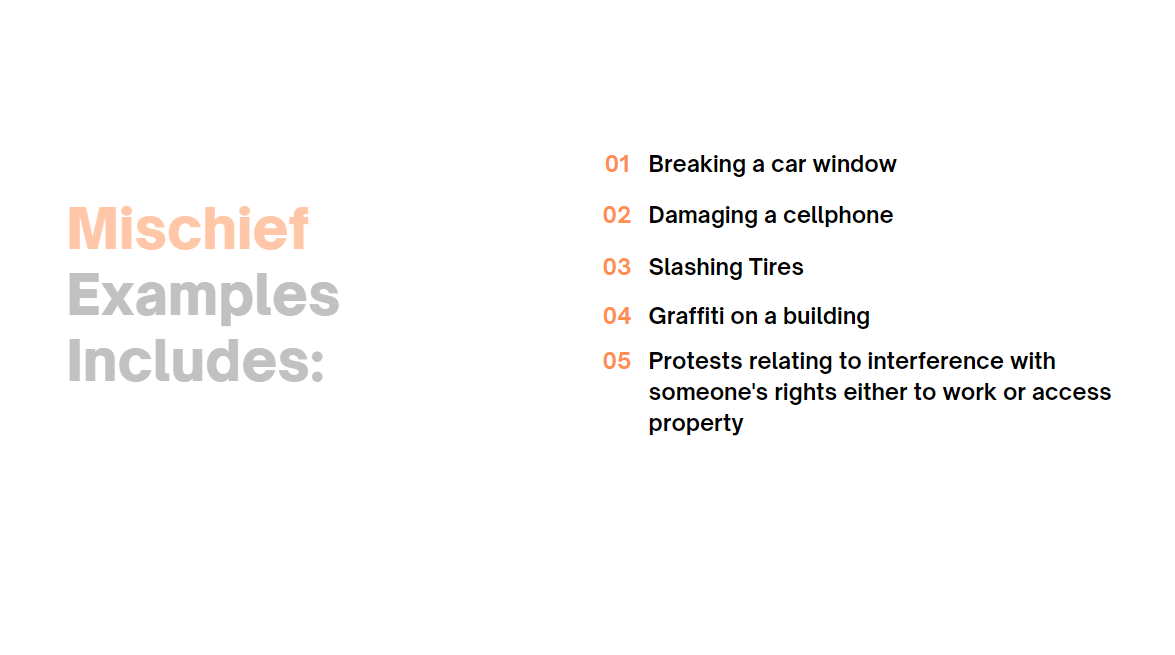 Mischief offences are hybrid offences, meaning, the crown will determine whether they wish to process summarily or by indictment. The Crown will take the severity of the offence along with other circumstances related to the case and the accused into consideration when making the determination. If the Crown prosecutor pursues an indictment, the maximum penalty is a ten-year imprisonment term for mischief over $5,000. If the value of the property damage is less than $5,000, the maximum penalty is two years in prison.

Although a Mischief charge can have severe penalties, it’s worth noting that the majority of mischief convictions do not result in jail time, especially if offenders enlist the help of an experienced criminal lawyer who has the know-how to defend mischief charges.

Can a Person Be Convicted for Damaging Their Own Property?

In the eyes of the law, an individual can damage anything that is entirely theirs, provided there is no intention of defrauding someone. This is not deemed mischief because the criminal offence pertains to damages done to property that is owned entirely or partially by anyone other than the person who caused the damage. Therefore, anyone who destroys his property will not be charged with mischief.

If a person damages assets partly owned by both spouses in a home dispute, they could face criminal culpability for mischief.

An individual who commits an act of mischief must act “willfully,” according to the Criminal Code. Unintended or unintentional acts will not satisfy the requirement of willfully destroying property enough to result in criminal charges.

The Consequences of Criminal Mischief Charges

The first question that people facing mischief charges ask is what the consequences are. While every case is different, here are some of the punishments offenders can expect.

Will You Have a Criminal Record for Mischief Charges?

The truth is that extensive damage to property can result in a permanent addition to your criminal record, especially if the damage exceeds $5,000.

With the help of a skilled criminal lawyer, it is possible to negotiate with the Crown Attorney to have a mischief charge dropped in return for paying the complainant back for the damage done (this is known as “restitution”). The Crown Attorney will consider the type of asset that was damaged, criminal histories, and the circumstances surrounding the offence.

Even if the Crown Attorney refuses to drop the prosecution, compensating the property owner will serve as a substantial mitigating factor when the judge sentences you.

Other Consequences of Mischief

Here are some of the other consequences of mischief in Toronto:

In Some Cases, the Punishment Is More Serious

Mischief may be judged more severely under certain scenarios, resulting in harsh punishments. Mischief committed against a house of worship, an academic establishment, a childcare facility, a community center, an elders’ residence, cultural property, or a military memorial, for example, may lead to harsher penalties.

Furthermore, the Criminal Code explicitly mentions mischief in connection to testamentary instruments and computer data, both of which carry harsher punishments. Lastly, the mischief that puts someone’s life in actual danger can result in life imprisonment.

A criminal mischief conviction could have a significant impact on a person’s career, liberty, and future opportunities, even if they have no prior criminal history.

It’s essential to keep in mind that every claim of wrongdoing is a fact-based investigation. Having an attorney who can help you find the appropriate defences to this type of claim will be your best chance at a positive outcome.

Contact Kahlon Law today to find out more about mischief charges or book a free consultation and case review with an experienced mischief lawyer!