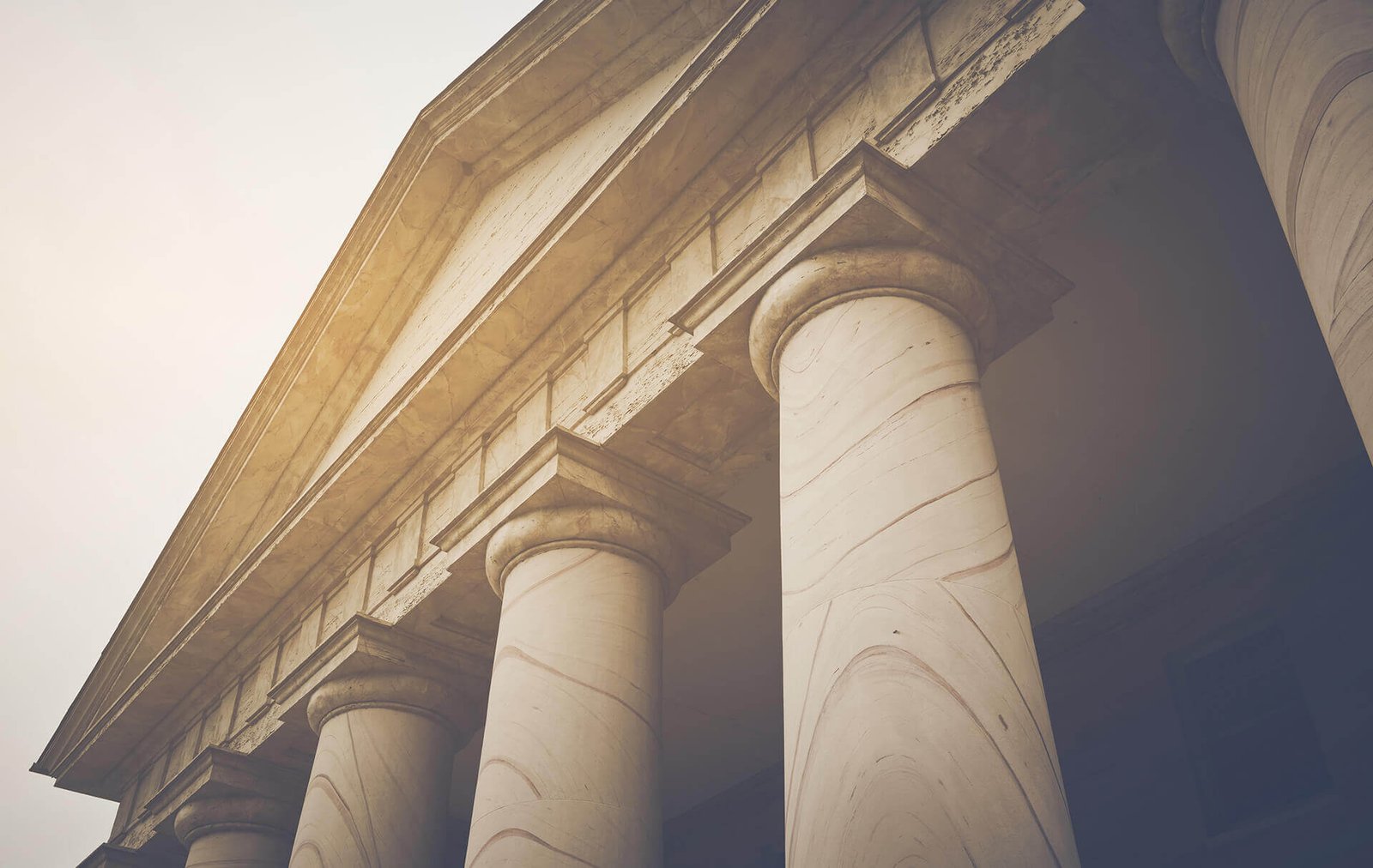 The Court Process Explained by A Brampton Criminal Lawyer

Have you or a family member been recently charged with a criminal offence in Brampton? Read along to find out the criminal court process and the steps to take in your criminal case. 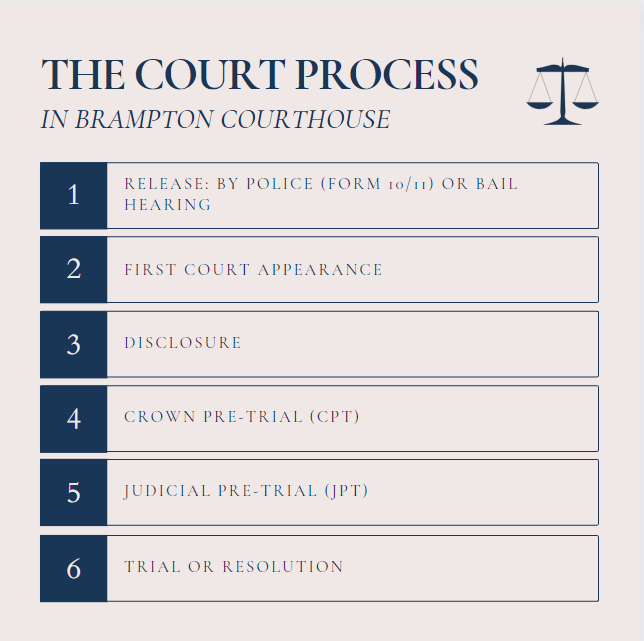 Kahlon Law office has a successful track record in representing clients during bail hearings and securing releases for individuals charged with a variety of criminal matters including firearms, drug charges such as possession & trafficking, attempted murder, extortion, driving offences, assault causing bodily harm, aggravated assault, sexual assault, property crimes, break and enter along with a magnitude of other charges. Kahlon Law has also successfully argued bail review applications in the Superior Court of Justice. If bail has been denied, reach out to our law office to discuss the viability of a bail review application.

Following the release, the charged person will be provided with paperwork that includes conditions and other restrictions on their liberties. An information sheet will also be provided, which will help the accused person navigate through the criminal justice system. A person charged with a criminal offence such as a Domestic Assault or Criminal Harassment will have conditions that prevent communication with their partner, requiring them to live separately.

If the individual was released from the station or roadside (ie. theft or impaired driving charge), it is likely that the release paperwork will also provide a date as to when the accused person must attend for fingerprints. This is mandatory pursuant to the Identification of Criminals Act. If the criminal code charges are ultimately withdrawn, an application can be made for the destruction of the individual’s photos and fingerprints.

In William Davis courthouse, your first court appearance will likely be a few months from the date of the release. In other Ontario Courts, the first appearances are much earlier. In the meantime, it’s important for you to consult with criminal defence lawyers to find a suitable fit. Many Brampton criminal lawyers offer a free consultation.

Prior to the first appearance, you or the lawyer can request disclosure, which is the evidence the Crown intends to rely on to support their case. The disclosure process ensures a fair trial in criminal prosecution. In Brampton, for Criminal Code charges, a request for disclosure can be sent to virtualcrownbrampton@ontario.ca. For drug offences, these requested should be made to the Public Prosecution Services of Canada at PPSCBramptonSPPC@ppsc-sppc.gc.ca.

In Brampton, the disclosure will likely be provided closer to the first court appearance. The process involves police preparing the disclosure, providing it to the crown, which is then vetted and disclosed to the defence. The disclosure will include all evidence, including, but not limited to, police notes, civilian statements, multimedia such as photos and videos, along with other evidence the Crown Attorney intends to rely on to prove their case.

If the accused is requesting disclosure for criminal offences such as domestic assault, certain items might be withheld, including the statement of the complainant. These sensitive items will be disclosed to their lawyer. If you’re representing yourself in criminal matters such as an assault, you can arrange a meeting with the crown’s office to view the complainant’s statement at their office. It might take several court appearances to receive all the disclosure.

If you have retained a lawyer, they will attend the court appearances on your behalf. Once disclosure is complete, the next step is for the lawyer to have a resolution meeting with the crown attorney. In these meetings, the defence and crown discuss the case at hand and potential resolution options including the possible defences to the charge. The defence lawyer will highlight deficiencies in the crown’s case arguing for a favourable disposition, including withdrawal of the charges. A matter may require multiple crown meetings and follow-ups to iron out all the details. Following a crown pre-trial, the matter may resolve, or a judicial pre-trial might be required (JPT).

At the JPT, the crown, the defence and a presiding Judge discuss the case at hand. The JPT is held from both a resolution and trial perspective. If an agreeable resolution is reached, the matter will likely appear before the JPT judge for resolution. Alternatively, trail estimates are discussed. These include details such as the witnesses crown will be calling, along with any application(s) the crown or defence will be bringing, including Charter challenges.

Ultimately, all parties agree on a time estimate as to how many days the trial or preliminary hearing will take. Once approved by the presiding Judge, trial or preliminary hearing dates are set. Due to the high volume of cases in the Brampton courthouse, the trial dates can be several months away. The entire process from being arrested to trial can take twelve-plus months. In certain circumstances, a trial might be held earlier, especially where the individual has been detained following their bail hearing. It is always feasible to retain an experienced criminal lawyer to guide you through the criminal court process.

If you’re reading this and you or someone you know is facing criminal charges and requires legal representation, don’t hesitate to contact Kahlon Law firm for legal advice. Kahlon Law offers all-inclusive criminal defence services.

After being criminally charged in Canada, the accused can either be released by the police or brought to court for a bail hearing. Release orders will have...

Immigration Consequences of A Criminal Conviction

Immigration Consequences of A Criminal Conviction