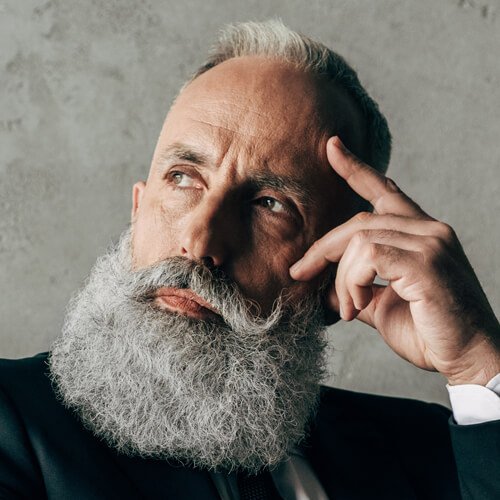 Should You Contact A Sexual Assault Lawyer If The Police Are Investigating?

What is Sexual Assault?

Sexual Assault charges can be classified into various types of criminal offences including sexual assault, sexual interference, sexual exploitation, and aggravated sexual assault. The penalties for sexual assault convictions vary depending on the severity and circumstances surrounding the offence. These factors can include the age of the complainant, use of force, nature of sexual contact, and relationship between the accused and complainant. Consequences can include jail time, sexual offender registration, and probation.

Receiving a phone call from the police involving sexual assault allegations can be a frightening and intimidating experience.

If you have been contacted by police regarding a sexual assault investigation, it is important to exercise your right to silence and seek legal advice before answering any questions. Anything provided to the police during an interview can later be used as evidence in court if there is a trial, making it important to exercise caution when speaking with police regarding any sexual offence prosecutions.

Often individuals feel they have an obligation to comply with the police and answer their questions, however, this is not the case. If you have been contacted by the police, it is important to immediately get in contact with a skilled sexual assault lawyer. The sooner you get in touch with the right legal team, the sooner you can start planning your defence.

In defending clients accused of a sexual assault offence, the lawyer can contact the investigating officer and ascertain whether they have sufficient grounds to arrest you and arrange a surrender along with your release accordingly. If the police lack such grounds, then an individual has no obligation to attend the police station or provide a statement. In doing so, you will only be helping them gather evidence relating to the criminal charges.

Even in circumstances where someone has been arrested, it is important to remember that everyone has a right to remain silent. The police will make efforts to interrogate you regarding the sexual offence allegations. It may seem like a good idea to answer their questions, however, you have no obligation to say anything. Providing a statement can hinder your chances of succeeding at trial.

Publication Bans are common in sexual assault offences as they are meant to protect the identity of the alleged victim along with ensuring a fair trial for the accused.

A Publication Ban is a court order that prevents anyone from publishing, broadcasting, or transmitting any information that could identify the complainant, witness, or other participants in a sexual assault case.

The Criminal Code of Canada outlines the criteria necessary for a sexual assault case to be subject to a Publication Ban. If sexual assault cases, by practice, the Crown Attorney will make an application for a publication ban. This can also be done by the victim or a witness. In such circumstances, pursuant to 486.4(2), the presiding judge shall make the order.

If you are a victim and are unaware of whether a publication ban was ordered, then you can inquire by contacting Victim Services. An individual can also contact the court and speak to a court clerk to ascertain whether or not a publication ban has been ordered. In Ontario, most sexual assault cases will have a publication ban to protect the identity of the victim. These bans are in place to encourage sexual assault victims to come forward and report sexual crimes.

In order to protect the fairness of the trial, often criminal defence lawyers will seek a publication ban at bail hearings pursuant to Section 517. At this initial stage, the accused is presumed innocent and the court is looking to protect his or her right to a fair trial. The ban covers all evidence, information, and reasons for release or detention at a bail hearing. A Section 517 publication ban is temporary and will expire once the accused has been dealt with in court, including being discharged after a preliminary hearing or at the completion of the trial.

Age of Consent in Canada

In Canada, typically, a person cannot consent to sexual activity unless they are 16 years of age. In such circumstances, if you are accused of having a sexual relationship with a person under the age of 16, even with their consent, you can be charged with sexual interference. There are some exceptions to this general rule. For example, if the complainant is 14 or 15, he or she can consent to a person who is less than five years older. If the complainant is 12 or 13, they can consent to someone who is less than two years older.

If you are accused of sexual activity with a person under 16, it is important to speak to a criminal defence lawyer as soon as possible. The penalties for sexual interference can be severe and include jail time, a criminal record and being registered as a sexual offender.

What are some defences against Sexual Assault Allegations?

There are a number of defences that can be raised in sexual assault trials. Some common defences include:

Each case is unique and will turn on its own facts. It is important to speak with a sexual assault lawyer to get specific advice. The crown prosecutor must prove beyond a reasonable doubt that the sexual assault occurred. This is a very high standard and can be difficult to meet.

The Ontario Sex Offender Registry is a database that records information about sexual offenders found guilty of sexual assault or other sexual offences. The Registry includes the name, date of birth, address, photo, detailed descriptions and type of sex offence(s) of all convicted sexual offenders.

The database is not public and can only be accessed by authorized individuals including law enforcement agencies.

Individuals convicted of sexual offences will be required to register as a sexual offender and comply with the provisions for a minimum of 10 years or for life, depending on the conviction and other related information. Case law has held that a conditional or absolute discharge does not trigger SOIRA requirements.

If you have any questions about Publication Bans or the Ontario Sex Offender Registry, feel free to contact our office.